From Speyside-Lossie, we’ve sampled quite a few Linkwoods over the years – from 8 to 28 years – some fabulous, some average, but generally enjoyable. We even have one from Diageo’s Flora and Fauna collection planned in the coming month or so! 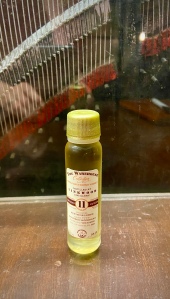 We first sampled it ‘neat’…

The 1st sip was a surprise. We didn’t find it overly floral on the nose but it was like sipping a garden bouquet, not the gulab (rose water) of an India sweet but something more like stepping into a flower shop or perfumery. While sometimes we find something this pronounced on the nose, rarely on the palate. How unusual!

While we didn’t feel compelled to add water, I thought to try anyways…

As I wrote up my tasting notes, I realized several aromas and flavours we found were items that may not be so common – combining experiences from UK to India to Japan.
Much like the whisky, our reactions were a joyful enjoyment of its diversity and pleasure in how it evolved. Distinctive and delightful. There was zero doubt this was a class act and definitely something special.
We also found that we liked it both with and without water. While cask strength of 58.2% may seem intense – it really wasn’t with this Linkwood.

Here is what the bottlers have to say:

This Linkwood has everything you would expect from a smooth whiskey. It is clean, the aromas are very well balanced and the aging notes are well integrated. You can call it an ‘all-day whiskey’ with a clear conscience, because it goes with almost any occasion. It’s actually a shame that there are only 283 bottles!

Not sure we agree… Though you could, this certainly is not an “all day” drinking dram! As we considered the tasting notes realized it comes across as something ‘ordinary’ rather than extra-ordinary. While the description certainly sounds ‘nice’, we found a whisky that went a good deal beyond mere ‘nice’, instead more of a special treat – something both delicate and complex – even into the ‘exquisite’ territory.

What can we say but well done – both for Linkwood and the cask selection!

What more do we know? This single malt is from a single cask – Bourbon Hogshead – which produced 283 bottles, priced at € 80 for a 700 ml bottle. 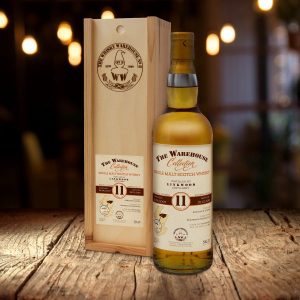 What else did we try from The Whisky Warehouse No 8?

And some of our earlier explorations of Linkwood?