My “Speed Tasting” continued with the clock ticking far too quickly! Two drams down… on to the 3rd with approximately 2-3 minutes to quickly rate according to nose, taste, finish, character & complexity. 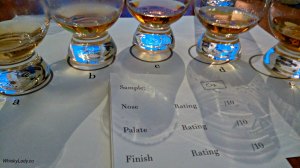 What were my hasty impressions?

Quite a contrast from the earlier whisky, which was all sweetness in the end.

Most were confident this wasn’t Scottish and identified it as a rye. For a few, this was the 2nd highest rated dram of the bunch.

But was it outstanding? 2nd best in the world? Hmm…

And that was exactly the point of our “Speed Tasting” organizer, who mixed into our five mystery malts, Jim Murray’s top 3 whiskies for 2016. 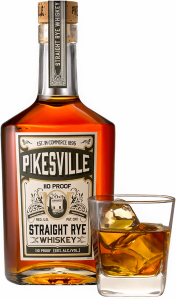 And what did Jim Murray have to say in his 2016 Whisky Bible about this dram?

And the official Pikesville tasting notes?

While Heaven Hill’s Pikesville was originally from Maryland, it is now produced in  Kentucky, aged for at least 6 years.