During monsoon, we had a remarkable experience “Speed Tasting” where we rated five different drams in the space of 15 minutes with approximately 2-3 minutes per dram.

Our first part was tasting in silence and rating

What were my hasty impressions?

Impressions – most thought this may be rye. We also thought it wasn’t your ordinary rye and may be matured in something quite different – perhaps cognac cask.

None of us gave this top rating however it certainly wasn’t last.

I’ll admit that I’m not so familiar with rye whiskies… and I certainly didn’t pinpoint this as Crown Royal’s Northern Harvest Rye, even after we were given a short-list of options. Admittedly, I’d had it only in passing with no proper tasting so far. What I remembered most was an almost ‘ginger ale’ quality which I didn’t connect with this experience.

And what did Jim Murray have to say in his 2016 Whisky Bible when awarding this dram?

A few folks may know that Crown Royal is from my home province of Manitoba. Or that in 2016, I had the pleasure of touring their plant in the very picturesque Gimli with my parents. 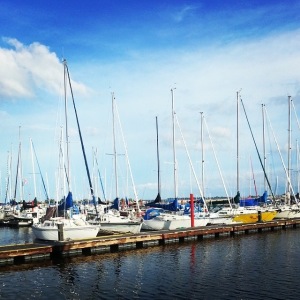