Twas the night before Diwali… also Friday the 13th November… and as dusk fell in Europe, we cracked open a trio of North Star drams.

Our bottles had traversed quite some distance before we could sip together!  Originally from Scotland, they first made their way to me in Nurnberg, Germany… Then re-packaged into small samples, the whiskies continued their journey to Paris, Bretagne and rural Sweden… For one, it was then back to the UK – London to be more precise. For another, it was an even further adventure, flying to Mumbai for quarantine consumption.

So what did we try virtually together?

I had previously sampled all three, but was curious to see how they evolved and the impressions of my merry malty tasting companions! 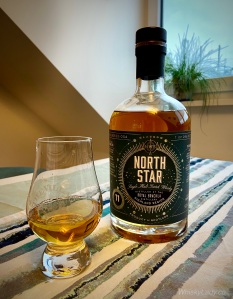 I will openly admit to being partial about this one! And wasn’t surprised when it was pronounced a ‘yummy’ whisky.

There was a debate on whether to add water or not… those who did were rewarded with maple syrup aromas with the palate rounding out with oils coming forward. The herbal quality took on a vegetal dimension – one mentioned brussle sprouts!

Without water, with water and even after airing for some time, what we appreciated most is how the base notes remained consistent. An enjoyable dram and terrific start to our evening.

Quite a contrast to the earlier dram!

There were a few different comments – from soap to flowers to almond paste on the nose…. the real change was the palate. Early spring by the seaside.

We had a laugh at Ian’s tasting notes and quipped – less Disco & Funk, more Jazz & Blues in character. 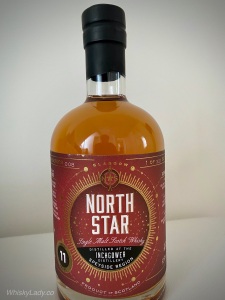 Our last brought a delicious Speyside peat to the mix.

Our peaty lady pronounced this a sweat hairy mechanic… who rises horses! And yet that was only the initial whiff… it mellowed and shifted to something infinitely more complex and subtle. This was clearly no Islay peat.

The kind of dram you would love to have in your hand to sip in a jazz club or coming back from skiing.

Remarkably, one lady was able to guess the exact distillery – long before the reveal – from her days with Diageo.

Don’t want to miss any posts? Why not follow Whisky Lady on: