When Jim Murray was influencing us to guess an Islay when sampling blind the Amrut Peated, the closest I could think was perhaps an Ardbeg expression.

So when I found myself a few days later in slightly peaty mood, decided to go for a ‘real’ Ardbeg.

Of the Ardbeg stable, the Uigeadail has become a ‘classic’. A bottle of it also just happens to find its home in my cabinet… So why not revisit? 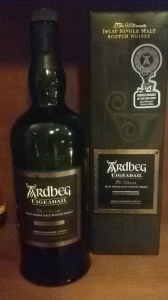 What did I find?

What was my conclusion after the revisit?

Well.. I can understand why Uigeadail has its fan club. It is also priced reasonably. What it pulls off best is bringing a chewy peatiness without clobbering you over the head with it.

Personally, I prefer it best neat and it has been nice to have around for those times when the peaty mood strikes! 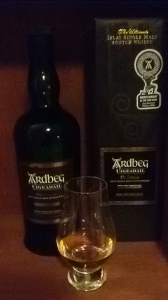