First up in our “revisit” evening was a vetted malt from Johnnie Walker. For those not familiar, Green Label is a vatted malt – meaning a blend that uses only malt whisky not grain. The four distilleries used include Talisker, Linkwood, Cragganmore and Caol Ila.

As usual, we sampled completely blind, discovering only later what we were imbibing. 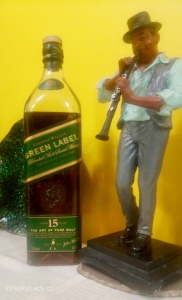 It started off promising but after time the nose disappeared. Even on the palate, one needed to “hold” a generous sip to get the full spice experience. There was the sense of it being somehow “abbreviated.”

One remarked it isn’t such a bad “Starter Dram”…. and the “classic” quality was one we appreciated. There was a lot of speculation, with blend being bantered about as an option and even speculation of grains?

Our host shared he acquired this particular bottle some 6-7 year previously. For most, this was a revisit… albeit after many years as Green Label was for some time discontinued. 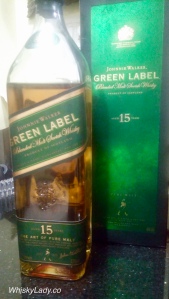 Here is what else we tried: